Luca Marchetti was founded in 1973 and currently resides in Terni.
His first photographs started taking them very young, in 1979 plays with a reflex.
For several years it expresses with photography and music (the piano her other passion that stops at age 13).

Forced to abandon photography for a period, due to the many difficult situations that mark the history of his life, when accidentally takes the camera in hand finds the old feeling, as if not a day had passed.

In 2005 he decided to make it a profession, began his process collaborating with newspapers and photo agencies, performs services for advertising and wedding services.

His creativity is found in his works of furniture, printed on various materials by adapting to any type of environment.
In 2008 he participated in the Award of the creative quality in professional photography with The freedom of flight, awarded special mention for Author-reported one or more works.

After another difficult period and with so many thing to express in 2010 he decided to give more space to his creativity by creating a selection of limited edition works. Each work is accompanied by its certificate that guarantees its authenticity. A copy of the certificate is stored for future verification.

In the same year to participate in a few local shows and some small personal exhibitions.
In 2013 he was contacted by an art gallery and National began exhibiting in national and international exhibitions.

There are various exhibitions, awards, the awards he has received in recent years. 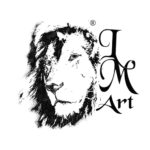 For a better guarantee for customers and a better recognition of the works in 2013 it has trademarked that LM Art March 17, 2014 has been registered.

He exhibited his works for the first time at the exhibition Tracce 2010, exhibition organized by the Association in collaboration with Minerva-minervaArte body Ring Race held at the Town Hall of Narni from April 24 to May 9.

Repeated the following year with Tracce 2011 always organized by the Association in collaboration with Minerva-MinervaArte body Ring Race, held from April 24 to May 8 at the San Domenico di Narni.

In 2013 requires screening at the National Association of Professional Photographers TAU VISUAL- that after evaluating his work issue a certificate with the assessment of 52/70 Certificate.

In 2013 he was present at the exhibition the Triangle industrial- traveling exhibition of contemporary art, with the works The gray of the colors and The illusion of the unreal. The exhibition which lasted for three Italian cities Milan-Turin-Savona, It began in Milan on February 16 and ended April 13, 2013 in Turin. On this occasion the Professor Aldo Maria Pero wrote a review spontaneous on The illusion of the unreal .

In February 2013 he exhibited at the fair Art Innsbruck, with the works No color besides yours and clepsydra. The fair took place in Innsbruck-Austria Feb 21 to 24 2013.

In October 2013, with the work A life of wait, He was present at Art Shopping- contemporary art accessible at the Carrousel du Louvre in Paris, the fair was held on 25 to 27 October 2013.

In August 2013 he trademarked LM Art which in March 2014 was recorded. Since then all the works of art (both limited edition is the free edition) They have the brand LM art to ensure the originality of the product to the customer.

In 2014 it was again present at Art Innsbruck with his last two works: A life of wait and the illegal sentence. The fair was held February 20 to 23, with vernissage on February 19.

The illegal sentence He was present at the exhibition Arte e Pensieri held in the gallery of The Sage Mantova 1 to June 28, 2014.

In November 2014 his works The freedom of flight He was present at the 25th edition of ArtePadova – mostra mercato d’arte moderna e contemporanea – on 14 to 17 November 2014.

In March 2015 with the works The memory’s condemnation and Nothing will be the same as it was before, participates in Londra in Arte, international exhibition of contemporary art held in London at the gallery Birla Art Gallery 14 to 20 March 2015.

On June 7, 2015 he was awarded the premio Alla sua persona for his contribution to art and culture III edition for the work Beyond the acceptable by the board of the artistic Galleria Centro storico to Firenze. For the occasion, the work was exhibited at the gallery for the exhibition Artisti protagonisti del nuovo millennio from May 23 to June 6. At the same time receiving review on his art by Diana D’Isanto.

The works No color besides yours and Clepsydra takes part in the second edition of the exhibition Christmas Exhibition  of Bologna from 12 December 2015 to 9 January 2016.

The work Where are you lost? was present at the International Exhibition of Contemporary Art Innsbruck in Arte that took place from January 23 to February 18, 2016 the Art Gallery ArtInnavation Pradler-Strasse No. 41, located in the heart of Innsbruck.

The work The changewas present at the third edition of the International Exhibition of Contemporary Art Berlino in Arte which it took place on 26 al January 31, 2016 in the art gallery August35 along the street of art galleries in Berlin – August Strasse 35.

In June 2016, in the series Project Art 2016 by Alessandro Costanza, comes a book dedicated to Luca Marchetti, the volume entitled Art Project 2016 Luca Marchetti is on sale at the Feltrinelli bookstores and sites La Feltrinelli – Mondadori  youcanprint libreria –  Hoepli  IBS.

Luca Marchetti withdraws the William Shakespeare Award July 9, 2016 on the occasion of the opening of the Fifth edition of the national exhibition art Le vie dei colori where two of his works were exhibited: No way out and Unusual alteration. The event will take place in Grottaglie (TA) in the old site Casa Dressed 9 to 17 July.

The work Aimlessly was present at the fair Arte fiera Dolomiti 2016 Longarone, which took place 1 to 3 October 2016.

After the success in London, the work The memory’s condemnation is exhibited at the fair art3f Nice which took place 14 to 16 October 2016 in Nice.

The memory’s condemnation continues its journey with Aimlessly opens 2017 with the exhibition Innsbrick in arte Art Innovation at the Gallery in Innsbruck, from 20 January to 8 February 2017.

Aimlessly and Beyond the acceptable are present at the exhibition of modern and contemporary art market ArteGenova 17 to 20 February 2017.

In June 2017 Luca Marchetti is on the set of the film “Uomo” as manager of set designers and still photographer , film written and directed by Mattia Bianchini.

Clepsydra and No color besides yours Fly to Germany, at the 54th International Art Exhibition at Paulskirche, a Francoforte, from 2 to 18 September 2017.

In November 2017 the work Clepsydra and No color besides yours participate in the exhibition of accessible contemporary art ArtePadova , From 10 to 13 November 2017.

In December 2017 the work The freedom of flight and Between dream and reality participate in the international exhibition Art Shopping Cote d’Azur 2017 , From 1 to 3 December 2017.

In July 2018 the work was exhibited for the first time Unacknowledged lust in the international exhibition Barcellona art contest in the Aran gallery, from 21 to 27 July.

In September 2018 the work Unacknowledged lust is exhibited at the international fair Napoli in arte 2018 in the gallery Salvatore Serio, from 8 to 14 September 2018.

In October 2018 the works No color besides yours and Clepsydra will be exhibited at the international art fair ArtParma Fair , Parma from 29 September to 7 October.

In November her two works Prisoner of herself and No color besides your are exhibited at the International Exhibition Nature and the female universe to the Diocesan Museum Francesco Gonzaga of Mantua from 10 to 21 November 2018.

In January 2019 the Unacknowledged Lust work receives the award Creativity Award in the world , and is exhibited, together with A life of wait, from January 5th to February 24th at the Miramare and New Bristol hotels in Cesenatico.

Also in January, the new work The true story of Little Red Riding Hood is exhibited at the international exhibition Innsbruck in Arte 2019 to the Art Innovation gallery in Innsbruck, from 11 to 31 January.

The work Prisoner of herself is exhibited at the international art exhibition Turin in Art 2019, from March 30th to April 30th

At the exhibition Rome in art 2019 the work Between dream and reality from 1 to 7 June.

At the 30th edition of Arte Padova exhibits the work The true story of Little Red Riding Hood from 15 to 18 November.

In 2020 the works Unacknowledged Lust and The true story of Little Red Riding Hood they are published in the contemporary art catalog Essenza.

At the 5th edition of Christmas Art, held in Rome at the Arte Borgo Gallery from 11 December 2021 to 4 January 2022, he exhibited artworks hourglass.

This website uses cookies to improve your experience while you navigate through the website. Out of these, the cookies that are categorized as necessary are stored on your browser as they are essential for the working of basic functionalities of the website. We also use third-party cookies that help us analyze and understand how you use this website. These cookies will be stored in your browser only with your consent. You also have the option to opt-out of these cookies. But opting out of some of these cookies may affect your browsing experience.
SAVE & ACCEPT